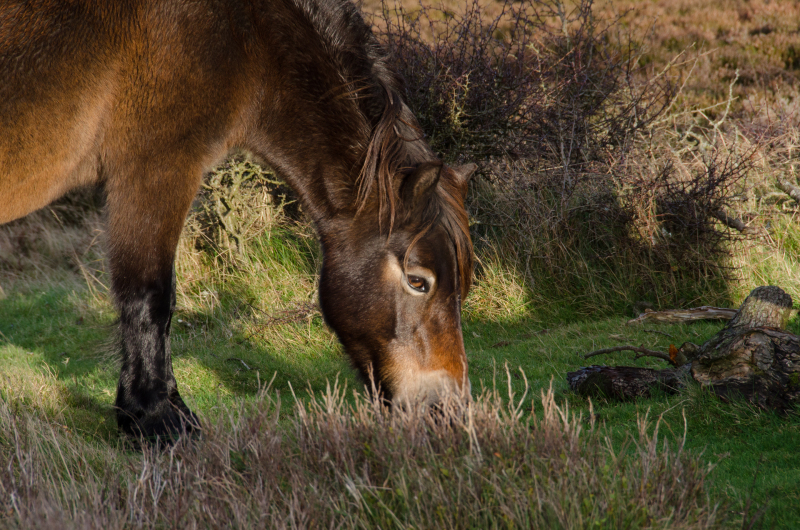 Posted by Christine (Ellemford, United Kingdom) on 17 January 2015 in Animal & Insect and Portfolio.

You can buy one for £50 !
The Exmoor Pony is Britain's oldest breed of native pony, thought to be little different from the original wild ponies that colonised Britain many thousands of years ago. It's destiny has been determined by people since the time of the Celts.
A registered Charity, the Exmoor Pony Society was set up in 1921 by moorland farmers for the registration of pure-bred Exmoor ponies, the conservation of the breed and the preservation of the breed standard and thus maintain Exmoor's heritage. The Society also promotes the ponies to the general public attending events, holding shows and clinics and being a lead participant in the Exmoor Pony Festival. The Society holds the official stud book which became a closed studbook in 1962 - a decision taken by the moorland farmers. In accordance, with DEFRA legislation acts as a Passport Issuing Organisation. The Society has worked with the Exmoor National Park Authority and the Rare Breed Survival Trust for many years to ensure that the Exmoor Pony, which remains on the Rare Breed Survival Trust’s Watchlist in Category 2, survives both in its natural habitat and in-ground. The Exmoor Pony Society registers ponies on Exmoor and throughout the UK, Europe and North America.

I'm very much an amateur photographer. I live in the hills of the Scottish Borders which has fantastic flora and fauna, as well as wonderful light.

excellent framing and color, and light. a big favorite

This is beautifully captured with perfect focus on that eye

A lovely chap,great tones and colours in this shot.

A very nice portrait with fine and warm colors !

Perfectly beautiful image in every way, Christine. And an encouraging story with hope that such protection will continue. All the best ;-)

The Mouse from Glasgow, United Kingdom

A bargain! Hope you two are both well, will catch up sometime when we are through East!

@The Mouse: Definitely need to catch up, we are okay, apart from me breaking my arm/shoulder a few days before Christmas. slowly on the mend :(

Lovely shot Christine, our council has just put three of them on Cleadon Hills to help save money, they ought to keep the grass down :-0

This image has been featured in 1 Remix collection.